USING A SECOND LANGUAGE IN YOUR CAREER 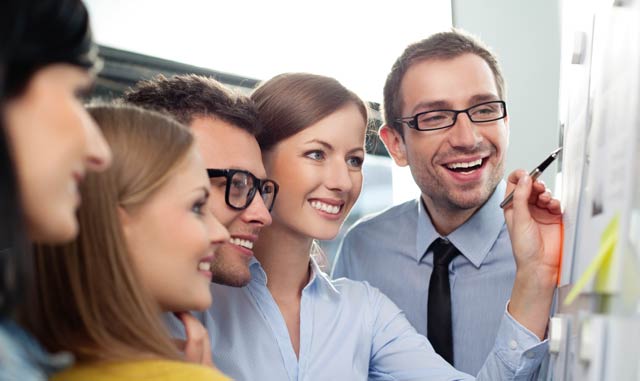 When an employer recruits new staff for his business, he will select eight key skills and qualities every new employee should have. Among those eight key skills are things like reliability, dedication and an ability to learn new skills fast but one surprising inclusion in there is bilingualism.

Perhaps it should not be that surprising, especially when you think that Latin America is fast becoming a continent where emerging economies, wealth and growing businesses are at an all-time high. Many of these countries are Spanish speaking and if non-Spanish speaking countries are to do business with them, they may be better prepared if they know a second language, like Spanish.

There have been several studies on bilingualism, and it should come as no surprise that the findings show that knowing how to speak and communicate to others in a second language excites the brain’s executive functions. It stimulates the mind and enables it to better monitor things like concentration, spatial awareness and monitoring your working environment. It basically makes you very good at your job.

Staying focussed and toggling between tasks is a skill admired by employers the world over. Knowing a second language improves the brain function and heightens those skills accordingly. Many universities around the world have studied the effects on a person who is bilingual, as well as many who can speak several languages, and the mental benefits associated with that knowledge

Studies have shown that it is a great asset to the brain’s cognitive procedure. In addition, one of the more alarming findings found by researchers was that the brain of a multi-linguistic person actually is hard-wired differently from those who speak just the one language.

People who know how to communicate in a second language are smarter. Tests in basic mathematics and reading skills are improved within those speaking a second language against a person we’ll describe as a single language speaker.
MENTAL HEALTH BENEFITS
Knowing a second language and considering the benefits of a smarter mind is one thing, but did you know that bilingualism actually improves mental health too? Alzheimer’s disease and dementia are growing problems for those in later life. But there is something you can do about it before it comes.

Knowing a second language – and all the hard study and work you’ll have put into the process – actually strengthens a muscle in the fibers of our brain. It is not essentially a muscle, per se, more a mental nerve or brain tissue – but its function is pretty much the same. Feel free to share our articles, we only ask for credit! Be sure to mention IMAC Spanish Language Programs as the author and a link back to our website: www.learnspanish.com.mx