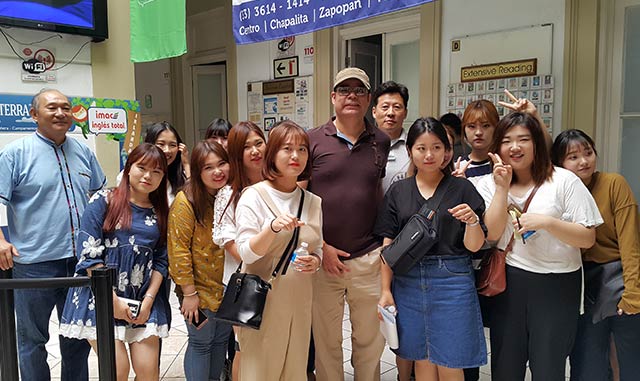 Although there are individuals who believe they can learn Spanish while in their country simply by holding an English-Spanish dictionary and assuming that they will pick up the language, this can be an awkward way of learning. Likewise, staying in your country and attending Spanish lessons or online classes may probably not be the best way to learn.

For people who truly desire to learn Spanish language, going to a Spanish-speaking country for Spanish immersion is the most efficient and the only way to learn successfully. Not only does it force you to use your knowledge in real-life situations on daily basis instead of learning basic grammar and verbs which can become quite tedious, but also, you will find Spanish immersion extremely important because you will be surrounded by the language, giving you an unhindered access to a culture and a more comprehensive understanding of the Spanish language.

Although Spanish classes in your own country are adequate, in order to completely bath yourself in the language and pronunciation of Spanish, a trip to a country such as Mexico is a wise decision. Not only does it have some of the best Spanish immersion schools, schools encourage the regular use of Spanish language.

Learning Spanish abroad in a country other than your own country with a different culture is exciting and fun. It is also the fastest way to learn Spanish language, and you will learn to speak the language like a native. Overall, the Spanish immersion method lets you live the language rather than just study it.