Why Speaking Spanish is Important for Globalization. 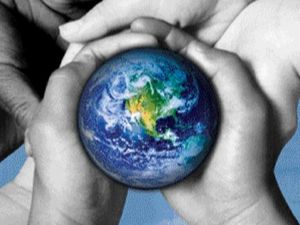 Building a business to expand beyond its own country – or other English-speaking nations – requires a leap into other cultures and languages. To embrace Spanish as an important step towards globalizing a brand will go a very long way indeed.

Speaking Spanish can not only turbo-charge the business and profits, it opens up an entire new world of commerce and a potential customer base in regions one’s competitors will not have considered.

It is no secret that the world’s biggest brands fine-tune the business to meet the language and cultural needs of those areas it needs to focus on. Huge restaurant chains will even adapt the menu to suit the local population and hire Spanish-speaking staff when setting up in Acapulco, Monterrey, La Paz or Mexico City.

Moreover, its project managers will be expected to learn the local lingo and be speaking Spanish fluently; if they want the role of setting up in Mexico or any of the multitude of countries where the language is used.

Speaking Spanish is important for globalization because many of the Central and South American nations where the language is spoken are beginning to thrive economically. This is not something seen before in these continents.

The Global Reach of Spanish is Vast – And It Will Only Get Bigger.

To think there are almost 42 million people speaking Spanish in the United States alone, does not even begin to factor how many of these workers are employed in start-ups and small industries. Many of whom regard Spanish as their first language.

This is just in the United States, but well worth considering are the other 21 countries where Spanish is spoken and you can begin to see the enormity of commerce, wealth and new business opportunities developing.

Education is Booming in Spanish Too.

Students are clamoring to ask their careers and course tutors if there are any places left on the Spanish courses, the United States will see in excess of 55 million Spanish speakers within the next 30 years and nearly 400 million people worldwide use social media in Spanish.

Large corporations got on board with Spanish culture and language very quickly. Where would the likes of McDonalds or Coca Cola be now if they stuck to its English-speaking outlets? Speaking Spanish is already important in today’s global economy. However, it will become even more so in the near future.

Feel free to share our articles, we only ask for credit! Be sure to mention IMAC Spanish Language Programs as the author and a link back to our website:www.learnspanish.com.mx