The most important festivals and commemorations in Mexico. 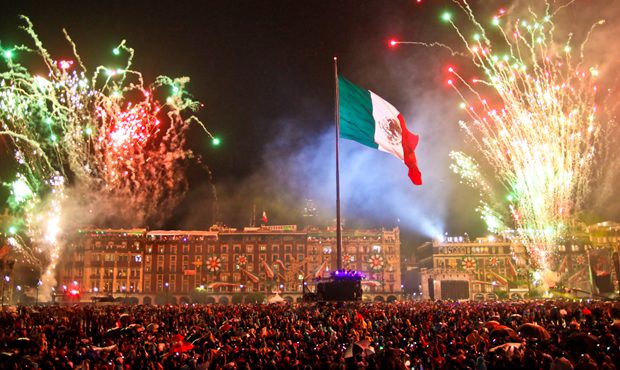 Festivities are an essential characteristic of the Mexican people. Mexico distinguishes between religious and civic festivals, which are in turn divided into official and unofficial. We say that a holiday or commemoration is official in Mexico when by law the country stops working, at this time we call them holidays and if the day is close to the weekend we call it a holiday bridge. Here is a list of Mexican holidays:

Mexicans usually celebrate the closing of a temporary period the night before. The 1st of the year marks the beginning of new plans, projects and purposes in all areas of life. This day Mexicans usually rest, they take a break in their work to start the new cycle of life that corresponds to the year that begins.

Kings Day is not an official day so many Mexicans continue with their daily tasks, however, it is widespread and the custom of meeting with family and friends to cut the famous rosca de reyes is widely practiced. You can find large quantities of this traditional orange bread to which small dolls are introduced in representation of the child God that is accompanied with a hot chocolate. In some parts of central Mexico it is customary for children to receive toys or gifts upon awakening from the famous Three Wise Men or Holy Kings, names by which the Magi from the East, Melchor, Gaspar and Baltazar, are known.

La Candelaria is a popular feast for Catholics that celebrates the presentation of Jesus in the temple, the purification of the Virgin after childbirth and the Virgin of Candelaria. The people who took the doll out of the thread on January 6, traditionally are the godparents of the child of God, so they must dress him and offer a feast, being the tamales the traditional food of that day.

It is in 1917 that the Mexican constitution was promulgated, the result of the rearrangement of the country after the Mexican Revolution that left us a compendium of laws, political and social structure that are in force to this day.

Valentine’s Day or love and friendship is a very romantic day for Mexicans. Couples often celebrate it on special dates with small gifts. Especially women often receive flowers and chocolates. It is a religious date although its origin has been somewhat forgotten, however, Saint Valentine was a martyr who married soldiers with his ladies in the cellars of the jails of the Empire at the time that Christianity was prohibited by Claudius II, who commanded decapitate Valentine, which established him as the saint of love.

Flag Day is not a holiday, but it is an honorary one. Mexicans celebrate the national flag, representative of the values, origins and struggle of the people. In some government agencies and schools, honors are usually made to the flag, this is a formal ceremony where the national anthem is sung and allegiance to the country is sworn.

Popularly considered the best president of Mexico, Benito Juárez has a non-working day on the calendar just on the date of his birth. As a curious fact, it coincides with the beginning of spring, so many people in Mexico can relate the date more to the latter than to the former president.

These days shortly before Easter do not have a fixed day in the calendar, since each year changes according to the religious calendar, although it always lies between March and April. The Last Supper of Jesus Christ is commemorated on Thursday and his death on Friday. Mexicans usually remember these events with theatrical performances on Friday morning, where the way of the cross of Jesus is revived, this is known by its Latin name: ¨Vía cruxis¨. One of the most famous is that of Iztapalapa, a delegation in Mexico City. These days, people for religious beliefs abstain from eating meat.

The Sunday following Good Friday is celebrated on Resurrection Sunday. Catholic believers are celebrating the return to life of Jesus. This date coincides with the Jewish Passover.

Mexican children celebrate this day for them with games and gifts. Schools celebrate with beautiful festivals. The origin of this celebration at a global level dates back to the First World War, a devastating conflict on a massive scale that created awareness from its consequences on the civil population, especially the most vulnerable, the child community, it was the UN who advocated for rights of children commemorating the sufferings of infants in armed conflicts.

Rest day for the entire republic. Workers in the country take a mandatory break from their workday. International Workers’ Day is the commemoration of the world labor movement. It is a day that has been used regularly to make different social and labor demands in favor of the working classes.

May 5th. Commemoration of the battle of Puebla. (Civic, unofficial)

Mexicans celebrate the commemoration of the battle won against the French army in 1862. The invaders had great military power, but it was stopped by the depleted national forces. This fact is recognized and fills patriots with pride.

Despite not being official, many companies give women with children the day off to attend school festivals dedicated to them. Mothers in Mexico receive gifts and congratulations everywhere. At dawn on the 10th, serenades (night songs at the foot of someone’s window, traditionally with mariachis) are usually heard throughout the republic. Family gatherings in the house of a grandmother to live together are also common.

Teacher’s Day is not an official or cultural day. But the great respect that the Mexican people feel towards teachers makes the day known and relevant. Teachers receive gifts and congratulations throughout the day.

In contrast to Mother’s Day, Mexican fathers do not have a date marked on the calendar. To know the day of the celebration, the third Sunday of the month of June must be counted. This holiday is taking more and more boom although it does not have special festivals, but parents receive gifts and outings to eat as a family.

On the night of September 15, the main rulers of each city, state and nation, ring the bell of their seat of government at 11 pm sharp in front of the community, repeating the cry of ¨Viva México¨ and ¨Vivan los héroes that gave us a homeland¨ made famous by Miguel Hidalgo by summoning the people to the struggle for independence. On the morning of the 16th, the states of government hold a military and cultural parade through the streets of the cities. The people celebrate by resting what was the beginning of the war against Spain in 1810, which culminated with the United Mexican States, the official name of Mexico as an independent country in 1821. In some regions of the country, it is also celebrated with a “Mexican party.” where you can eat typical dishes such as chiles en nogada created specifically to commemorate this date as they carry the national colors in their colors.

October 12 commemorates the arrival of Christopher Columbus on American territory. Some schools tend not to have classes that day, but the workers are not exempt from their daily work.

Perhaps Mexico’s most popular day abroad. Mexicans celebrate the deceased with the making of altars adorned with Cempasúchil flower, sugar skulls, candles and crucifixes. The altar must have three levels and a path of candles that leads to it, this to indicate the way to the dead, since it is said that they can visit the land of the living for only one day a year. In addition, a cross of salt is made in order to ward off evil spirits. On this date, there are plenty of orange-flavored bread for the dead, for a limited time, as well as sugar sweets in the shape of a skull. In addition, children and poets at heart play making literary skulls; funny verses related to the early death of a friend or acquaintance. Some Mexicans tend to paint their faces white to resemble the ¨Catrina¨ or the ¨Catrín¨, representations of death. In various regions of the country, families go to the pantheons to eat next to the graves of their deceased. They even leave a ration of food there for the dead. This celebration is a syncretism of Catholicism and the religious beliefs of indigenous peoples.

Mexicans rest on this day to commemorate the beginning of the civil rebellion in 1910 against the government of Porfirio Díaz. Schools often hold parades where children dress up as war heroes in addition to theatrical performances. The Mexican Revolution was the preamble to the culture, government and society with the Mexican identity that we know today.

December 12th. Day of the Virgin of Guadalupe. (Religious)

On the twelfth of the last month of the year, the Basilica of Guadalupe in Mexico City receives a large number of faithful to celebrate the appearance of the Virgin to the indigenous Juan Diego during the colony. The churches of Mexico are filled with ¨mañanitas¨ sung by the people or even by mariachis as a gift to the Mother of God. Pilgrimages and songs are another of the ways in which the Catholic people celebrate this day.

The birth of Christ is celebrated on this day. However, the party usually takes place the night before in the company of the whole family. People gather at home to dine, drink and dance on the occasion of Christmas Eve. On the morning of Christmas 25, the children get up in a hurry and excited to open the gifts brought while they slept by El Niñito Dios.

These were some of the festivities or commemorative dates that do not yield to modern Mexico. It is impossible to overlook or forget the history of a long-lived people that passionately and emotionally preserve their history and culture rich in tradition.