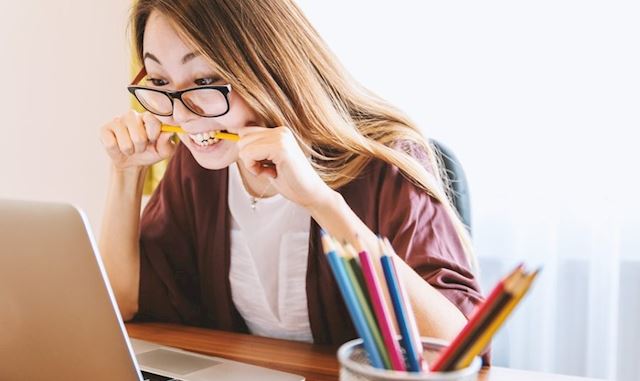 When you make a mistake in your long study of learning a language, there might be some self-critique and scorning going on under our breath. We’ll think, “How can I have been so dumb?”, “What on earth was I thinking, making such a stupid mistake?”

But you need to stop beating yourself up because mistakes and grammatical errors are an essential part to learning a language. Many language tutors say the only way to learn a language successfully is to make errors.

Making a mistake in learning a language isn’t really a mistake, per se. It is not the kind of mistakes you’d often make when putting too much olive oil in the frying pan, adding up a simple arithmetic total incorrectly when at the cashier till or pouring hot water over the breakfast cereal instead of into the coffee mug. Those are genuine errors but mistakes in language learning are part and parcel of the process.

Some might say, it is a good sign that you have made mistakes in learning a language. Those who do not, might well not be trying hard enough to invest in the language. We have to understand our brain too, and the complex way in which it works.

The brain is a complex matter that has to be ready to digest something. Each time it learns a new word or phrase in the language being learned, it creates neurons that will attach to one another – rather like a vine. When two neurons meet, following a learning process, it will easily remember a task or vital word when it next has to use it.

Each time an error is made, whether it is done in speech or reading, it creates an opportunity to improve and remember next time. The main aim in learning a language is to communicate. Many a student will hold back from trying to speak to a native for fear of making a humiliating mistake. However, that is in itself a mistake.

You should communicate whenever you get the chance, and do so without fear of making an error. Learning a language is an ongoing process, it will always be a learning curve.

The trick is to look at our mistakes or grammatical errors and learn from them. They are an important part of the process and without making one (or two) we will not improve.

Source:
Lewis, BENNY. “Mistakes Are the ONLY Way to Learn a Language.” Fluent in 3 Months – Language Hacking and Travel Tips, Fluentuin3months, 4 July 2017, www.fluentin3months.com/mistakes-matter/.