Immersion is the Best Way to Learn the Spanish Language 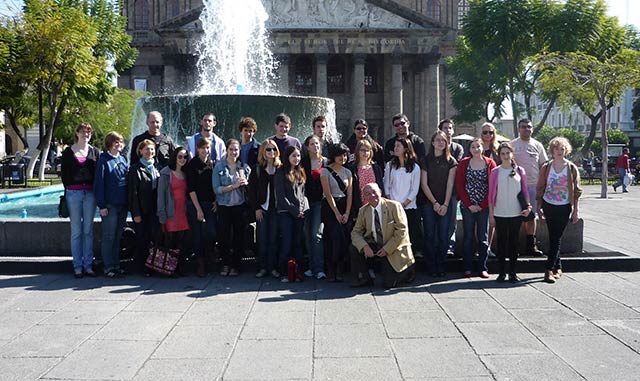 Language immersion is the process of joining an environment in which only the language in question is spoken, thereby surrounding the learner with native speakers. Immersion in a Spanish-speaking country is particularly effective way to learn the language and gain firsthand experience of the country’s language and culture. In this way, the best approach to learn the Spanish language is immersion, a program which offers cultural literacy, rapid learning, and long lasting retention of the language.

In an immersion program, students gain a much more intimate understanding of the Spanish language than any foreign class can provide. This is because there is a great deal more to fluency than simple memorization of vocabulary words and grammar rules. In fact, arguably just as important when it comes to conversing with native Spanish speakers is a form of cultural literacy that can only truly be gained by spending time in a hispanophone country. Idioms in particular are best learned in an immersion setting, which exposes the student to the speech patterns native speakers actually use.

Because an immersion experience exposes students to the language twenty-four hours a day and seven days a week, often for weeks or months on end, students can learn so much more in a given amount of time than they can with other language learning programs. Taking a year-long introductory Spanish course that meets twice a week will indeed provide an introduction to the language, but little more. A few weeks of study in a Spanish-speaking country, however, can prove far more fruitful. The time spent in immersion is so highly productive because every waking moment is spent learning.

Retention of language ability will always take some work, but having gained a strong understanding of Spanish through immersion, students are well equipped for life-long fluency. With a little upkeep following the program, perhaps in the form of occasional conversations with native speakers, one’s Spanish-speaking ability can remain strong. Other language learning programs, which may or may not ever bring students to true fluency, require much more work on the part of the student to retain their language ability, given the fact that students likely never fully became comfortable and fluent in the first place.