HOW TO LEARN SPANISH THROUGH INTERACTION 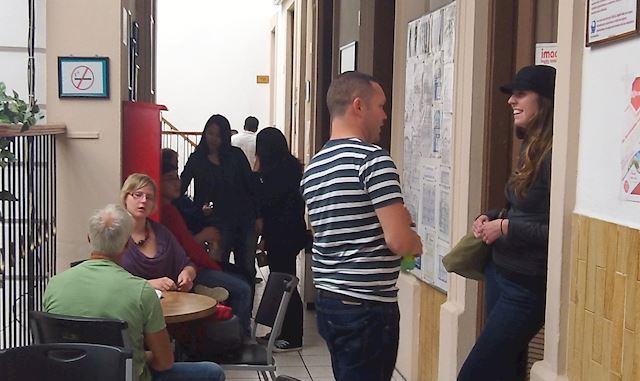 Socializing and mingling with native speakers enhances language learning. If you want to learn Spanish fast, try to immerse yourself in the culture, language and people of Latin America or Spain.

Think also that these countries have a high percentage of people that can speak English in the designated tourist hotspots, so real immersion and to power up your quest to learn Spanish fast, move away from the tourist traps.

In countries like the United States and Britain, there are many firms opening up that are Spanish-owned. There is no doubt that if you are going to tell them in an interview that you aim to learn Spanish, it is bound to open many doors.

Knowing how to let a Spanish-speaking person know that you are language learning is important. It is imperative that you learn how to explain in Spanish, that you are a non-native speaker who is trying as hard as you can to learn.
It is not the right thing to do and hit them with a comment that is fluent – and one that you have learned diligently – without expecting a response from the native-speaker you would probably not understand. The idea is make it clear that you are learning. However, learn the phrases that will tell them that very thing.

The above two statements will tell Spanish-speaking natives that your intention is to learn Spanish and your current level of linguistic skill is not exactly there yet.

Learn them and understand what they are saying, as the exercise is better when you have found out, rather than simply be told. Mingling and socialising is one very good way of learning, as you will be fired up to learn quickly.

Accept that you will make mistakes and do not be embarrassed by the odd error: there will be many of those on your journey to learn Spanish. Immersion allows you to take in the culture of the people too. This is just as important in learning any language as is knowing the words.